For the 2012 GisCup, me and Sérgio Freitas submitted some code to test some Geospatial methods.

The challenge goal was to match a set of points (P) from a GPS log to a set of Edges (E). In this contest, both the accuracy (points matched correctly) and the efficiency (time taken to complete) were evaluated.

According to our method, for matching a point P to a edge E from the road network set, the ranking criteria used where the following:

The final formula was C1k1+ C2k2 + C3*k3, where k1+k2+k3=1.0 Each value for k was found by Monte Carlo Simulation (it is a fancy name for randomized automated trials). 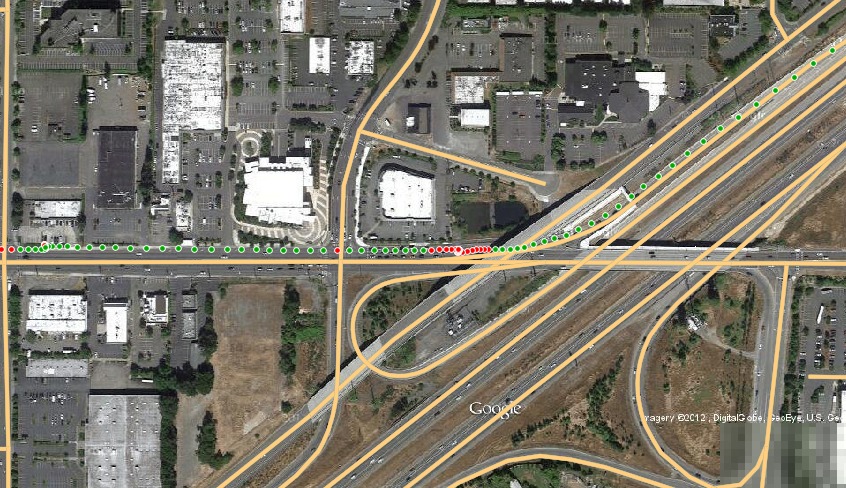 The motorway trunks where particularly difficult

The wrong points (red) were near the intersections, where the proximity and angle are fuzzy.

To speed up the process, some methods were tested:

The code can be accessed in GitHub. According to the email received from the organizers, we got the 7th place out of 31 :-) 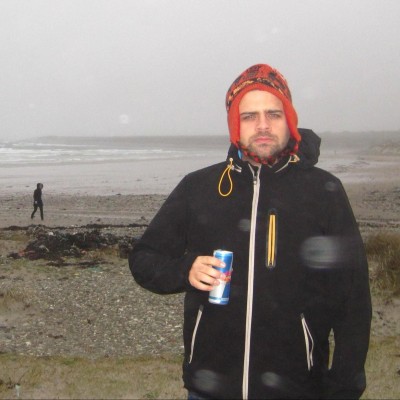